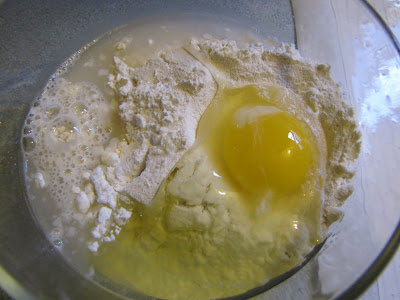 I wanted to do a little something to acknowledge the yearly Oktoberfest. The Oktoberfest has been celebrated for nearly 200 years.

Knefla is a German pasta soup. I have always wanted to try it, but never tackled it. Knefla is something similar to the rivel soup my mom used to make. Rivels, when made do not have water. They are just egg, flour, salt and pepper. They are a more solid pasta puff.

The pasta in this soup is just egg, flour, salt, and water. 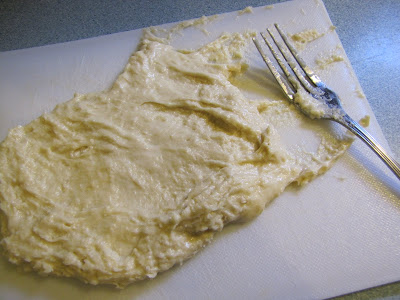 When I finished making my dough for the pasta, I spread it on a small cutting board, and scraped the pasta dough into the boiling water. The pasta, potato, and onion boil together for 20 minutes.

Don't tell the Germans, but I snuck in a clove of garlic (needs two).

The pasta dough should have salt and pepper added to it too. 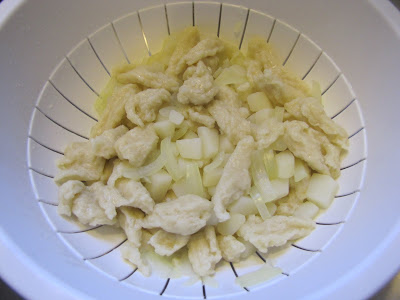 This is the pasta, potatoes, onion, and garlic after it has been boiled.

My small drops of pasta dough swelled in the boiling water, so make sure you keep the pasta drops on the smaller side. 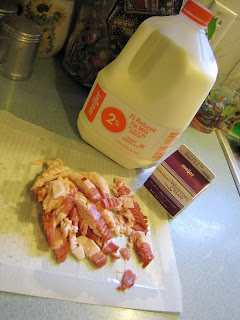 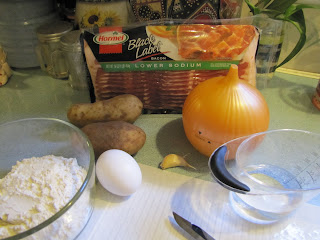 All of my ingredients for the German Knefla soup are set out and ready to go.
Do you know how the Oktoberfest first got started? Prince Ludwig of Bavaria (King Ludwig I), wanted his people to join him in the celebration of his marriage to Princess Therese of Saxony-Hildburghausen on October 12, 1810.
In celebration of the marriage Ludwig organized a horse race for entertainment, and invited all the people of Nunich to join in watching the race.
The marriage celebration drew in about 40,000 guests.
Can you imagine planning a wedding party for 40,000 people?
The people had so much fun at this party that the anniversary was celebrated every year.
In 1997 the Oktoberfest in Munich drew in 6.4 million people. AMAZING!!
The foods that I enjoy the best during Oktoberfest are: brats, sauerkraut, and the most amazing German potato salad (I am still in search of a recipe for this). 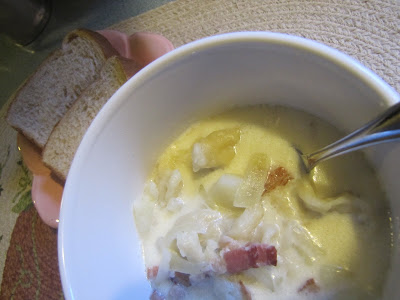 Well, I found a Knefla recipe, created it, tasted it; and was I satisfied? No

I think this recipe could use some improvements.

What I would do differently is add some flavorings to the pasta. Salt & pepper for one, and maybe a little bullion flavoring.

I would add a couple more cloves of garlic and maybe some butter along with the bacon grease.

I didn't want to disturb this recipe too much since it is a German dish.

salt and pepper to taste

In a medium bowl, combine flour, egg, 1/4 c. water and salt to form a dough. Cut into strips or small pieces.

While pasta and potatoes are cooking, cook bacon in a large skillet over medium heat until crisp. Save drippings.

Return pasta and potato mixture to large pot over medium-low heat, and combine with bacon, 2 tsp. of bacon grease, milk, cream and salt and pepper. Adjust bacon grease to taste and milk or cream to cover. Simmer 20 minutes, without boiling. Serve hot.

Posted by Alil Country Sugar at 5:58 AM

Email ThisBlogThis!Share to TwitterShare to FacebookShare to Pinterest
Labels: Soup