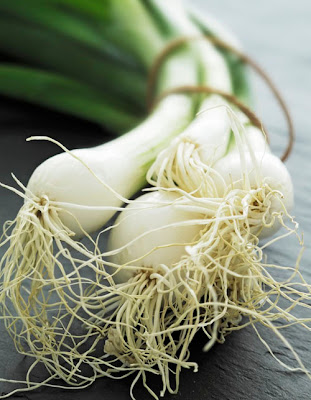 Oh my word!! Do you love onion? This meal tops all onion meals.....
My son has a funny onion story (and it probably won't be funny with me telling it). But I'm going to try anyway.
My son loves green onions, he's been eating them since he's been two.....
He was eating green onions on his lunch break at work, the way they are suppose to be eaten, from the white to the green. In walked two of his coworkers (with their mouths dropped open) and they wanted to know just what he was doing......
Logan said, "I'm eating green onions."
The coworkers immediately claimed that Logan was eating them the wrong way. "They are called green onions for a reason, you are suppose to eat the green part. Why would you want to eat the part of the onion that grows in the ground?"
Logan set them straight. "You obviously don't know anything about green onions!"
I guess you had to be there, or listen to Logan tell the story.... Pretty darn funny! 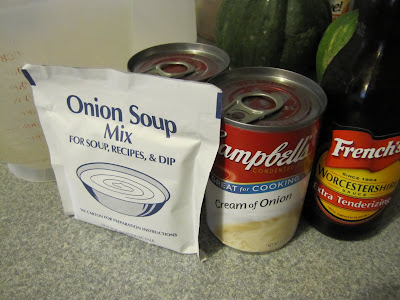 This is what I did to make this an all onion meal (and Fall is the perfect time for onions).
Two cans cream of onion soup, 1 bunch chopped green onions, and 1 envelope of dry onion soup mix.
Would you like anymore onion with that? 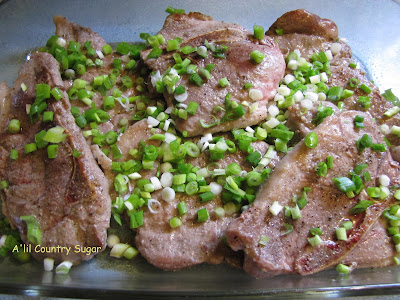 I browned the pork steak in olive oil. And this could probably be cooked in a slow cooker. I chose to bake it in the oven. 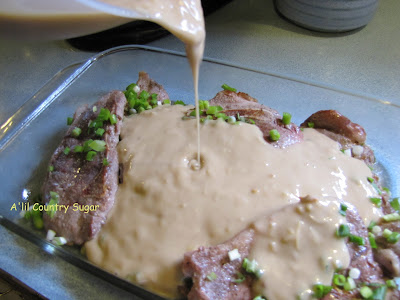 I mixed the soups, 1 can milk, dry onion soup mix, and Worcestershire sauce together and poured it over the browned pork steak and chopped onion.
Truly for the onion lover...... 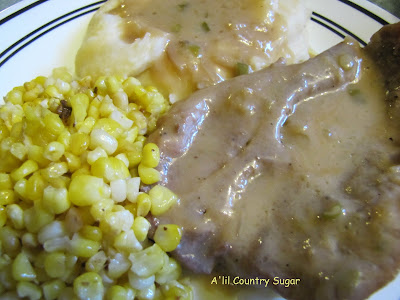 Email ThisBlogThis!Share to TwitterShare to FacebookShare to Pinterest
Labels: Pork