Have you ever heard anyone say, "I am the master of disaster!", or "You are the master of disaster"?
Well, that is not the case here. I have been told that I am the "master of left-overs".
I am also a master at packing a dishwasher......"Is it full? Nope!"
I can take one meal and turn it into something different for at least three days......
No one ever knows they are eating the same thing they just ate yesterday. 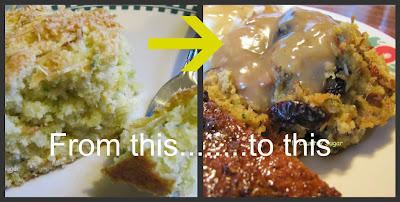 The onion zucchini bread: Went from served with soup to stuffing. 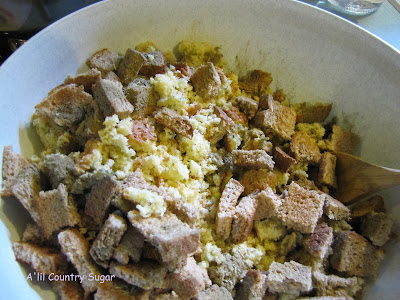 All I did was crumble it up, added some whole wheat toast that I had frozen (left-over from BLT's). 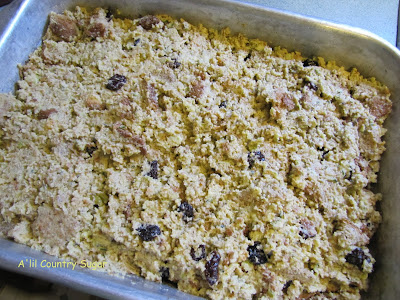 The baked beans were an accidental masterpiece (according to my son).
I made him a plate to take to work, and he ended up passing his plate for all his friends to try.....
He gets his sharing technique from his mom. 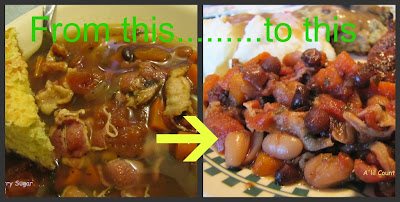 The baked beans were created from the left-over bean soup.
And yes, let lightening strike me down, I didn't save the broth. 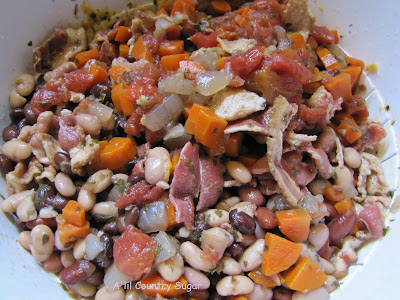 I strained the bean soup through a strainer until all I had left were the beans and no liquid. 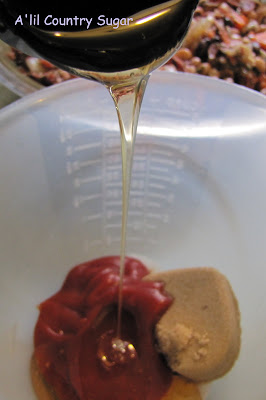 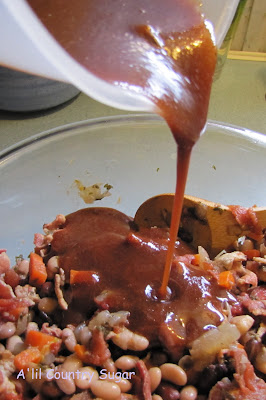 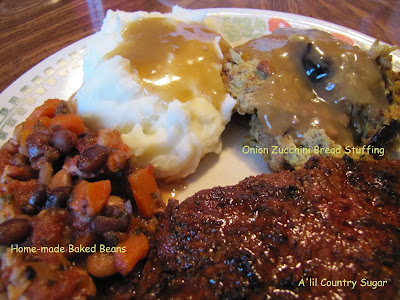