(And do I feel really stupid.....tomorrow is the anniversary! But just overlook that, because I have been swamped with homework and volunteer positions. (I really need a smart phone....))
I have a hard time keeping track of days and dates. I hope my meaning and message still holds true....(posted 9/10 in the evening) 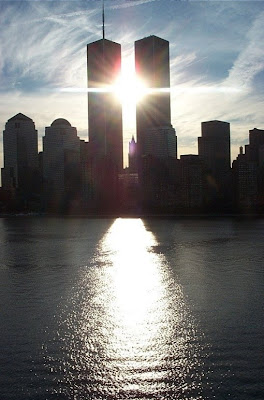 I am always on an emotional roller coaster this time of year. Today marks the ten year anniversary of an American devastation.
One that we (as Americans) have to live over and over.....
An article that I recently read has a very understandable point. And you can read it HERE. 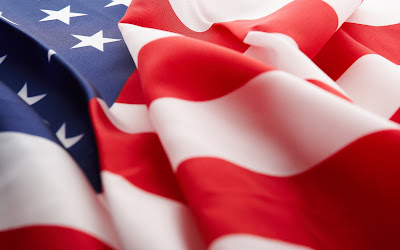 Over the ten years that have silently passed, Osama Bin Laden has been assassinated. But does that automatically place a band-aid on our wounds and make everything better?
The pain, the sense of loss, the burden of sorrow, and nagging anxieties will always remain. But as Americans we know how to move on. We know how to deal with sorrow.
I have been asked many, many times if I can remember exactly what I was doing on the day the attack happened (10 years ago).
I can remember it like it was yesterday:
I had just returned home from work (I worked the night shift), I turned on the TV (my normal routine to unwind), and before my very eyes appeared terrorist attacks. I remember slowly sinking down on the bed with my hand over my mouth, and uncontrollable tears started. I remember thinking, "How could anyone do this to our country?". I had so many thoughts running through my head at the same time that I could not remain focused.
A few months before our country was hit with hatred, I had been playing dominoes on Yahoo with a New York police officer. He had disappeared from Yahoo for about three days after the attack before I made contact with him again. He was a single father of two children. When I finally made contact with him again, he said something that I will never forget as long as I live. He told me, "You just cannot imagine what I am going through, the smell of burning flesh is so over-powering." Being cyber friends, it was very hard for me to enforce the correct support that he was needing.
This is what I did (and I had my children help): Since it was the beginning of a new school year, I packed a large box with enough school supplies for his children (knowing he would not have time to do it himself). I also threw in a large bag of coffee, and a package of Dum-Dum suckers from a local factory in my area. Not expecting anything in return. He sent me a NYPD hat and T-shirt from the fire department resembling the twin towers. The T-shirt is still inside a plastic bag stored somewhere safe. The hat I wore with a proud feeling and I wore it so much that I literally wore it out.
Those are my memories that I keep tucked away and relive each year. 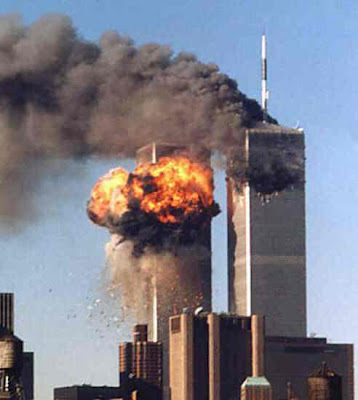 "Finally, be strong in the Lord and in the strength of His might. Put on the whole armor of God, that you may be able to stand against the wiles of the devil. For we are not contending against flesh and blood, but against the principalities, against the powers, against the world rulers of this present darkness, against the spiritual hosts of wickedness in the heavenly places. Therefore, take the whole armor of God, that you may be able to withstand in the evil day, and having done all, to stand.
Ephesians 6:10-13
In the presence of the terrorist attack, we are coming away from a very troubled, confused and despairing world to give serious consideration to the only adequate explanation for the human dilemma ever offered. That explanation is placed briefly but strongly in the Apostle Paul's words in Ephesians 6:10-13. And that is all that needs to be said.