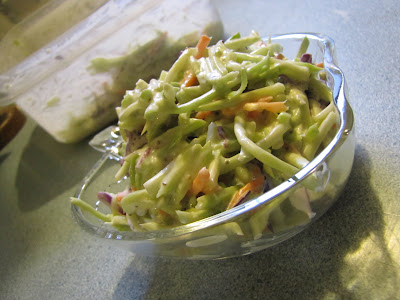 When I got up this morning, I opened my Facebook page and the first thing I seen was; Word of the Day: Instinct
Instinct
A natural impulse
A natural aptitude
A powerful motivation 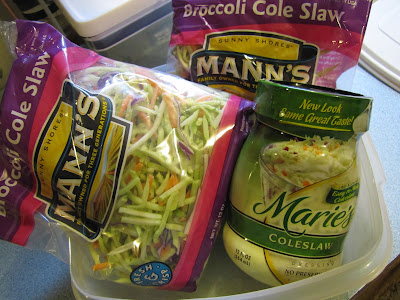 As I was picking up a few groceries at my local Meijer store (good instincts usually tell you what to do long before your mind), and as I was walking through the produce department, I noticed a sale sign below the broccoli slaw mix. It said: 10 for $10 and get 11th one free.
$1.00 a bag for broccoli slaw mix? Plus I get an 11th one free?
My hand was on bags of the the slaw mix before I could even think about it. My instinct was, cheap food for my family, good food for my family, and this can be thrown together so quickly. Marie's slaw dressing is very good too. Two bags of slaw mix to one jar Marie's slaw dressing. Yummm-O!!
Yesterday we had baked marinated chicken breast and broccoli slaw (a leave out the starch kind of day).
It has been said that the most dangerous place to stand is between a mother and her child. A mother's instinct can turn a perfectly sane woman into an erratic and hysterical fighter. Have you ever witnessed the actions of a mother who reacts on instinct when her child is in danger or threatened? She turns into the Incredible Hulk without the green....
I have had many, many encounters of "you will not like me when I'm angry", especially when it comes to my children.
A mother's instinct is to protect, mend, and stop anyone who is attempting to harm her children. 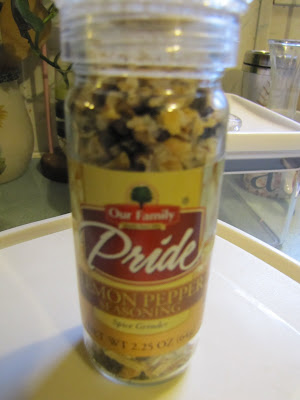 I found this while at Two Brothers Market yesterday. I have never seen lemon pepper in a grinder before. I put some of this on my broccoli slaw. 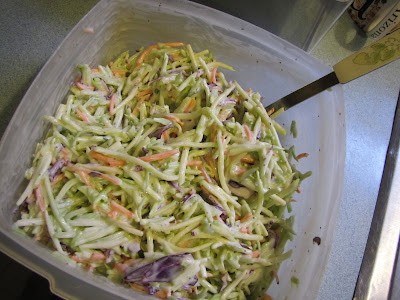 "It is better to be patient than to fight. It is better to control your temper than to take a city. Lots are cast into the lap to make decisions. But everything they decide comes from the Lord." Proverbs 16: 32-33
Posted by Alil Country Sugar at 5:00 AM

Email ThisBlogThis!Share to TwitterShare to FacebookShare to Pinterest
Labels: Salads