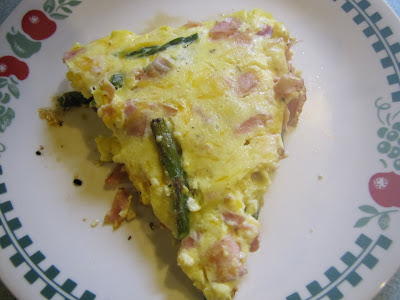 Frittata....say it again....f r i t t a t a.....
Doesn't that just sound intimidating?
Frittata has always intimidated me, and I thought that a frittata would be very hard to make.
I found out today that it is very simple (and tasty).
I brushed my intimidating feelings aside and took on this word/project full-force. There was just one little incident that happened, and you will see that later. 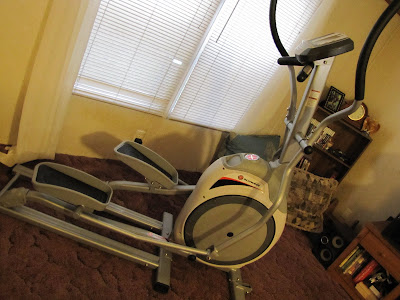 Right now I want to introduce you to my new little friend.
Everyone, meet Mr. Elliptical.
Isn't he just the most handsome thing you have ever seen? 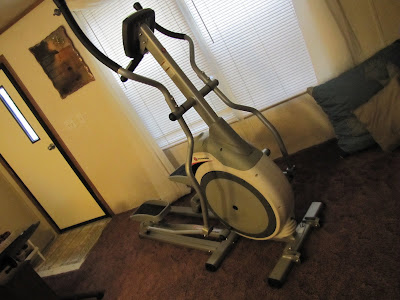 Mr. Elliptical sits in my dining room (slash) family room. One thing good about his location, he can talk to me while I eat at my dining room table. He can coach me. I hear him say things like, "Don't eat too much.", "I am here waiting for you.", "Come-on we have to get past that three minute mark." (yes, three minutes. My first try on the elliptical, and I only lasted three minutes.....UGH!!)
I can tell this is going to be a slow adjustment, but thank God Mr. Elliptical is patient. 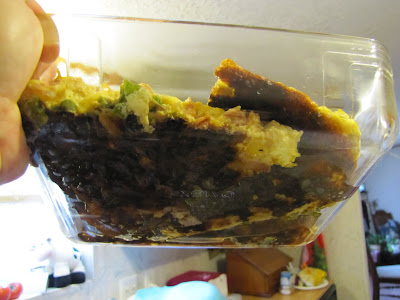 This is the incident that I had with the frittata. I had a very large skillet, so I thought very large meant "you will need more". Boy, was I wrong. Yup, my egg mixture burnt on the bottom because I matched very large with more....
Because I had a large skillet I increased the egg amount. But I found out that a frittata is suppose to be thin. 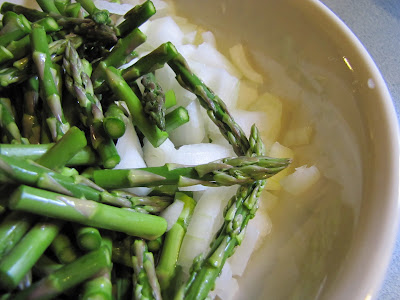 I sauteed fresh asparagus and onion in some olive oil in my very large skillet. 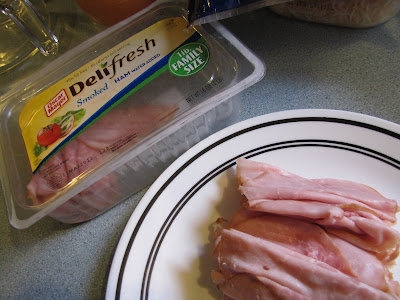 I chopped up some deli fresh smoked ham. 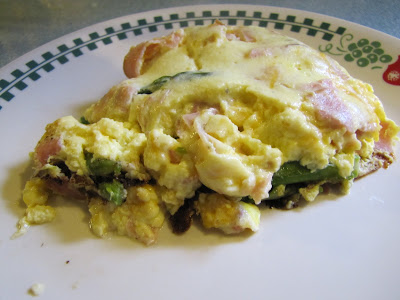 If you use a very large skillet, this is what you should do to make sure you don't run into the same problem I had.
Ham/Asparagus Frittata
1/2 c. chopped onion
1 bunch chopped fresh asparagus (the tender parts (tops and parts of the stem))
2 TBS olive oil
5 eggs
3/4 c. milk
1 c. chopped fully cooked smoked ham
1 c. shredded Mexican cheese blend
1 TBS grated Parmesan cheese
salt and pepper to taste
In a skillet, saute the onion and asparagus in olive oil until crisp tender. In a bowl beat eggs and milk. Stir in ham, cheeses, and salt and pepper. Add to the same skillet with onion and asparagus. Cover and cook over medium heat for 10-15 minutes, or until completely set. Cut into wedges.
"You are to influence them; do not let them influence you!" Jeremiah 15:19b
Posted by Alil Country Sugar at 3:00 AM

Email ThisBlogThis!Share to TwitterShare to FacebookShare to Pinterest
Labels: Breakfast