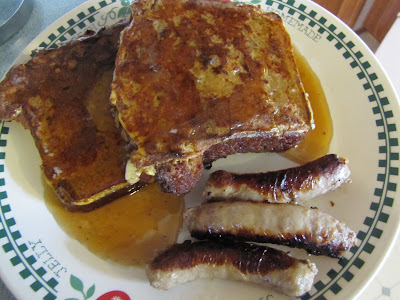 Do you remember the banana bread recipe I posted earlier in the week?
I told you that I had plans for that banana bread?
Well, here is the result of my plans.
Have you ever had banana bread French toast?
You will absolutely love it.... 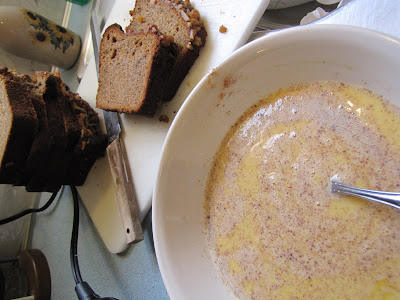 I sliced what was left of my banana bread (8 slices). I don't use the ends for this recipe, so you can butter them and eat them if you want. 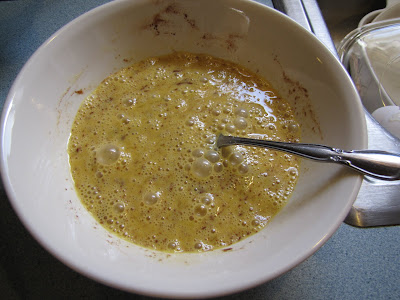 I made a French toast soak.
6 eggs
1 1/2 tsp. cinnamon
1 tsp. vanilla
Whisk together with a fork.
Add 1 c. to 2 c. milk
and whisk again until everything is mixed together.
I whisk the cinnamon and vanilla with the eggs, because if I try and add the cinnamon after the milk it wants to float on top. 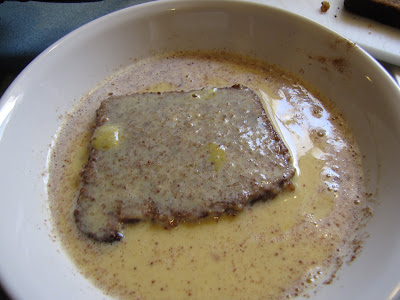 I dipped each piece of banana bread in the soak mixture flipping them over a couple times. 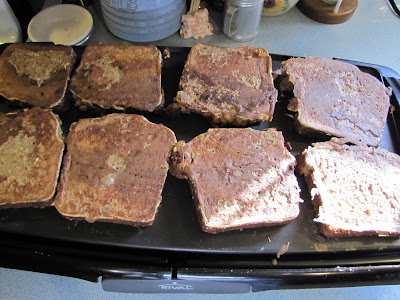 Then I placed them on a hot (400 degrees) griddle and browned them till they were done. 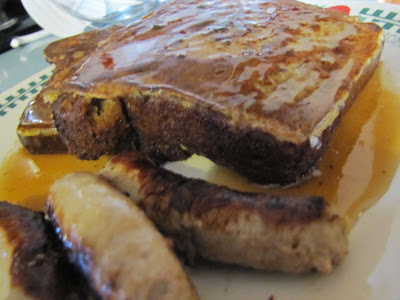 Doesn't that look amazing?
I served turkey breakfast sausage links with the Banana Bread French Toast.
You now have an idea for Sunday morning breakfast.
Good Luck~Happy Eating~Enjoy
God is a perfectionist who creates and expects the very best.
~Charlene Friesen~
Posted by Alil Country Sugar at 5:32 AM

Email ThisBlogThis!Share to TwitterShare to FacebookShare to Pinterest
Labels: Breakfast